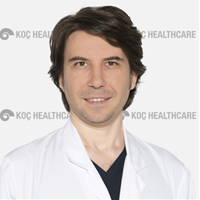 Sinan Deniz, M. D. was born in 1979 in Bulgaria. After finishing his high school in Lycée Français Saint Michel (Istanbul) in 1998, he graduated from Istanbul Medical School in 2004. He finished his residency in Taksim Training and Research Hospital in the field of Radiodiagnostics in 2011. After having worked as consultant Radiologist in Mardin Kızıltepe State Hospital, he did a subspecialisation in Interventional Radiology during 2013&2014 in Başkent University Adana Hospital. He worked during 2015 in Acibadem University Atakent Hospital as full time Interventional Radiologist. Now he is on duty in VKV Koç University Hospital since April 2016 in the same field.