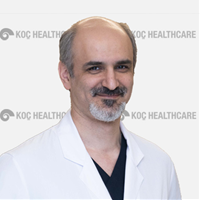 Kalender Kayaş was born at Gaziantep in 1976. He went to elementary and high school here. In the year 1994 he move to Istanbul for going to Cerrahpaşa Medical Faculty. He married in 2002. He did military service between 2003-2004. He worked at a special ambulance company named Medline until 2006. In this year he made a job change and started working as a general practitioner at Ministery of Health . In 2012 he started pediatrics education . In 2016 he completed pediatrics education and started compulsory service at Solhan Public Hospital. In 2018, he resigned from this job after completing compulsory service and apply to Koç University Hospital.