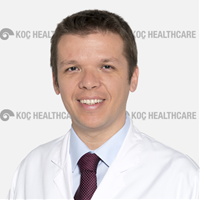 Dr. Engin Türkgeldi was born in 1980 in İstanbul. He graduated from Üsküdar American Academy in 1998 and got his medical degree from Istanbul University Cerrahpaşa School of Medicine in 2004. He finished his residency in Obstetrics and Gynecology in Istanbul Goztepe Education and Research Hospital in 2010. He served in Şanlıurfa Bozova State Hospital for his compulsory duty between 2011 and 2012. He joined VKF American Hospital in January 2013, and completed an ‘Assisted Reproductive Technologies’ certification programme the same year. He has been working in VKV Koç University School of Medicine Hospital since September 2014.