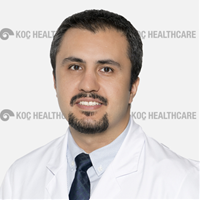 Dr. Sedat Tatar M.D. was born in 1983 in Malatya. He graduated from Malatya Science High School in 2001. He graduated from Gazi University Faculty of Medicine in 2008. He competed his residency in Plastic,Reconstrucitve and Aesthetic Surgery at Gazi University Medical School in January 2015. He worked in Kayseri Research and Traninig hospital between 2015 and 2017. Having passed the exam and completed the requirements of the European Board of Plastic, Reconstructive and Aesthetic Surgery, he has been acknowledged as a “Fellow” of the European Board. He has been working at the Koç University Hospital since April 2017.