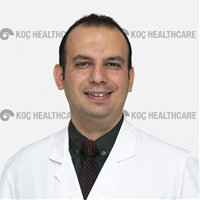 In 2007, he graduated from Hacettepe (English) Faculty of Medicine. Between 2007-2011, he completed his residency education on pediatrics at Ankara University Faculty of Medicine. Between 2012-2013,  he worked as a pediatric specialist at Dr. Sami Ulus Obstetrcis and Gynecology, Pediatrics Training and Research Hospital. Between 2013-2016, he completed his subspecialty on pediatrics intensive care at Hacettepe University Faculty of Medicine. During his education, he carried out studies on congenital heart disease, ECMO, continuous venovenous hemodiafiltration and mesenchymal stem cell therapy. He conducted his studies on mesenchymal stem cell transplantation in patients with congenital diaphragmatic hernia and ARDS with the Ministry of Health. He took part in the team which implemented the first succesfull oligonucleotide theraphy in spinal muscular atrophy  in Turkey.  In 2015-2016, he received trainings on pediatric cardiac intensive care, extracorporeal life support systems, ventricular assist devices, heart and lung transplantation at Cincinnati Children’s Hospital in the USA and improved his experience. He completed his compulsory service in Turkey between the years 2017-2019 which is Mersin City Hospital. In this hospital, he established the Pediatric Intensive Care Unit with a capacity of 30 beds. Since March 2019, he has been working at Koç University Hospital.