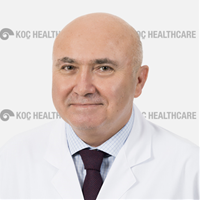 Prof. Şükrü Hatun, MD was born in 1959 in Domaniç. After finishing Hacettepe Medical School in 1983, he performed his mandatory service in Adıyaman as a general practitioner. He specialized in Pediatrics at Dr. Sami Ulus Children’s Hospital after which he continued on to the Pediatric endocrinology specialization at Hacettepe University Medical School. He got his associate professor degree in 1994 and earned full professorship in 1999. He has worked at Kocaeli University Medical School Pediatrics Department between 1995 – 2016 and has served as the department head for two terms. He served as the dean of medicine between 2012 – 2015. A major endeavor in his career has been to improve the health, education and the social rights of diabetic children; to this end he has been the head of the team which organizes the Diabetes Summer Camp for children since 1996. In addition, he has authored and translated several books for the education of diabetic children and their families. He recently led a nationwide program called “Diabetes at School” that aims to educate teachers and students on diabetes and obesity and founded the Diabetic Children’s Fund.