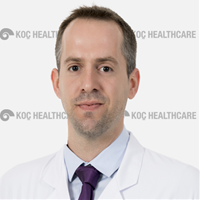 M.D., Ph.D Hakan Özben was born in 1981 in Izmir. He completed his primary and secondary education in Antalya. In 2005 he graduated from Hacettepe University Medical Faculty (English) medical education. In 2010 he completed his residency for Orthopaedics and Traumatology in Istanbul University Istanbul Medical Faculty. In 2009, he attended orthopaedic fellowship program of Rizzoli Orthopaedic Institute of Bologna. Between 2011-2013, he completed his sub-branch specialisation in hand surgery and microsurgery in Orthopaedics and Traumatology Department, Hand Surgery and Microsurgery Unit of University of Modena and Reggio Emilia. In 2011, he began his doctorate program in clinical and experimental medicine at the Doctorate School Of University Of Modena and Reggio Emilia which he finished in 2015 with a thesis presentation and obtained the title of PhD. Entering the equivalence test in Turkey, he obtained hand surgery and microsurgery specialist title. Between April 2014 and August 2014, he worked at Hand Surgery unit of American Hospital. Since September 2015 he works at the Hand and Microsurgery unit of Koç University Hospital. He published 11 papers in international journals and has performed fifteen international communications.