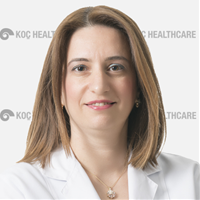 Ebru Nur (Vanlı) Yavuz, M. D. was born in 1976 in Rize. After finishing her high school in Trabzon Yomra Science High School in 1994, she graduated from I.U. Cerrahpasa Faculty of Medicine in 2000. She finished her residency in Istanbul University, Istanbul Medical Faculty, Department of Neurology in 2009. Between july and august 2008 she participated in genetic research in Utrecht, Netherland, Department of molecular genetic laboratory. She worked as a consultant neurologist in various hospitals between 2009- 2014. She started her master of science electroneurophysiology specialization in 2012 in Istanbul University. She is working in Koç University Hospital since December 2014.