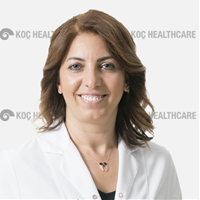 Ayla Esin, M. D. was born in 1975 in İstanbul. After finishing Kadıköy Anatolia High School in 1993, she graduated from I.U. Cerrahpasa Faculty of Medicine in 1999. She finished her residency in I.U. Cerrahpasa Faculty of Medicine in 2005. Between 2005-2008 she worked in VKV Amerikan Hospital Cardiovascular Surgery department both in ICU and operation room. Between 2008-2014 she worked in General ICU and operation room in Kadıköy Florence Nightingale Hospital. She is working in Koç University Hospital since November 2014.