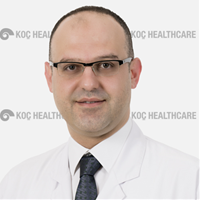 Prof. Mehmet Kanbay, M. D. was born in 1974 in Tokat. He graduated from I.U. Cerrahpasa School of Medicine in 2000. He finished his residency in Baskent University School of Medicine in 2000. He finished his nephrology residency at Yale University in 2009. He received his Associate Professor degree in Internal Medicine and Nephrology in April 2010. He is elected for distinguished fellow of Eurpoean Renal Association in 2013. He received TÜBİTAK Encouragement Award in 2014. He has more than 150 publications in peer-reviewed journals and editorial member of many journals. He is working in Koc University School of Medicine since September 2014.