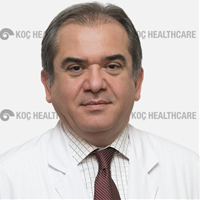 Dr. Mehdi Sasanin was born in Iran in 1963. He graduated from Uludağ School of Medicine in 1991. He completed his specialty at the Marmara University School of Medicine in the Neurosurgery field in 1997. In 2008 he worked at the International Neuroscience Institute - INI Hospital (Hannover, Germany). Dr. Sasani who became an associate professor in 2011, published 56 articles in international pre-reviewed magazines, 12 articles in national pre-reviewed journals, and wrote 4 chapters in international books, and 11 chapters in nationally published books. His knowledge was shared in 122 national and international meetings. He served as a peer editor in numerous scientific journals. He is a member of many scientific communities and associations within the national and international world. A. P. Dr. Sasani has been working in American Hospital's Department of Neurosurgery from 1997 until this day.