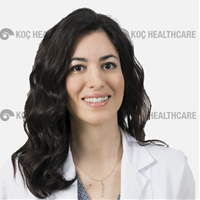 Billur Sezgin Kızılok , M.D. was born in 1983 in Ankara. She studied in the US in McLean High School until 1998. After graduating with the second highest degree of her class from Ankara Özel Bilkent High School in 2000, she graduated from Ankara University School of Medicine as valedictorian, with the highest grade point average of her class in 2006. She completed her residency in Plastic, Reconstructive and Aesthetic Surgery at Gazi University Medical School in January 2013. Between 2013-2015 she worked in Erzurum Regional Training and Research Hospital. Having passed the exam and completed the requirements of the European Board of Plastic, Reconstructive and Aesthetic Surgery, she has been acknowledged as a “Fellow” of the European Board. She has fullfilled the requirements of the United States Medical Licence Exam (USMLE) and is certified. She has been working at the Koç University School of Medicine Teaching and Research Hospital since March 2015.