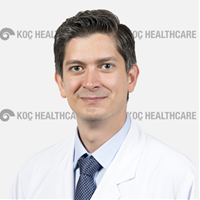 Dr. Taskiran received his MD degree in Hacettepe University. He worked as a postdoctoral associate at Yale University Clinical Neuroscience Unit for two years where he worked on clinical, neuroscience based studies on SSRI refractory Obsessive Compulsive Disorders. He got admitted to Yale University Psychiatry Residency Training Program in 2005 and he worked in Yale University Health Services program as a part of his residency. He pursued a career in Child and Adoelscent Psychiatry as a fellow at New York University. Dr. Taskiran received board cerification from American Board of Psychiatry and Neurology in 2010. He returned to Turkey and completed his mandatory public service in Bursa. He started working at VKV American Hospital in Istanbul in 2013, and he joined Koç University School of Medicine in July, 2013 where he established the Department of Psychiatry. He is also the chief of Mental Helath and Counseling Deartment (KUPTEM) of Koç University. He currently is an assistant professor of psychiatry at KU School of Medicine. His current research interests are neuropsychological measures of Attention Disorders and Childhood Mood Disorders. His clinical interests are psychopharmachology of Attention Deficit Hyperactivity Disorder, Obsessive Compulsive Disorder, Tic Disorders, Mood and Anxiety Disorders and mentalization based psychotherapy for adolescents.