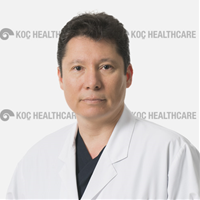 Özgür Deniz Tezcan MD was born in 1972 in Ankara. After finishing his high school in TED Ankara College in 1989, he graduated from Ankara University Faculty of Medicine in 1997. During his Family Medicine residency he worked in Şişli Etfal, Beyoğlu, Marmara University and Bakırköy Dr. Sadi Konuk Hospitals and graduated in 2001. During 2001-2002 he worked in Bilecik Pazaryeri Hospital. From 2002 to 2015 he worked in various departments of American Hospital, Med American Clinic, Zekeriyaköy Family Medicine Clinic and American Marine Clinic. Since 2015 he is working in Koç University Hospital.