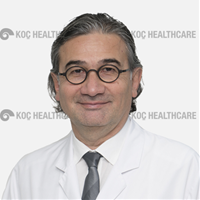 Dr. Yekta Kişioğlu was born in 1961 in Amasya. He graduated from Anadolu University Faculty of Medicine in 1985. In 1991 and 1998 he completed residency in Internal Medicine and Gastroenterology, respectively, at Osmangazi University School of Medicine. At the same hospital he worked as Assistant Professor between 1996 and 1998. He worked at the Gastroenterology department of Academic Medical Center at Amsterdam in 1995. Since 2002, he has been working at the American Hospital, in the Department of Gastroenterology and Hepatology.