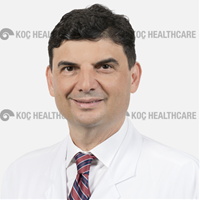 Dr.Yavuz, born in 1968, graduated from Marmara University Medical School, Istanbul, Turkey, in 1992. He completed residency program in general surgery at the same institution in 1997. He attended basic laparoscopic training in France and visited Lund University of Sweden as a clinical fellow in 1997. He worked at National Center for Advanced Laparoscopic Surgery, Norway between 1997-2006 as a consultant surgeon. He has had his minimally invasive and bariatric & metabolic surgery training at St.Olavs Hospital, Trondheim, Norway. Dr.Yavuz has graduated from Oslo University Medical School in 2001 and had Norwegian & European medical license in 2003. He has returned to Istanbul in 2006 and started working as a faculty member at Marmara University, General Surgery Department and established the first multidisciplinary bariatric and metabolic surgery center in Turkey in 2007. Between 2011-2013 he was a faculty member at Istanbul Bilim University and director of the Bariatric and Metabolic Surgery Center. Dr.Yunus Yavuz had single port surgery training in Erasmus University, Rotterdam, The Netherlands in 2009. In 2011, he has visited New Jersey Bariatrics and Atlantic Health Center, Overlook Hospitals, NJ, USA.