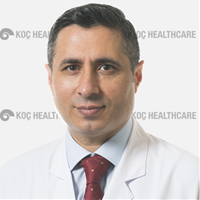 Professor of Plastic and Reconstructive Surgery

Prof. Dr. Selahattin ÖZMEN was born in Kızıltepe in 1971. He graduated from Hacettepe University School of Medicine as third ranking medical doctor, in 1995. He completed his residency at Gazi University School of Medicine, Department of Plastic Surgery in 2002. He got TUBITAK (The Scientific and Technological Research Council of Turkey) grant and worked at The Cleveland Clinic Foundation, Department of Plastic Surgery, Ohio, USA between years 2002-2003. There he worked on advanced microsurgery, stem cells, face and extremity transplantations, ischemia-reperfusion injury and on quantitative sensory neural testing of the diabetic patients; he has got 6 international awards from the studies he attended. He won EURAPS Young Scholarship Award and worked at the Sahlgrenska Akademin, Department of Plastic Surgery in Gothenburg, Sweden on the craniofacial surgery topic. Dr. Özmen won first prize of USA PSEF in the research area in 2006. In 2007, Dr. Özmen got Certified Wound Expert ICW certificate in Germany. Dr Özmen has got 8 international and 11 national awards up to date. Prof. Özmen is an international faculty of AO CMF since the year 2011. He led the team that performed the third facial transplantation of Turkey (First 3D and first woman-to-woman face transplantation in Turkey) in Gazi University. He is a member of Composite Tissue Transplantation Council of The Health Ministry, as well. He received the title of Assistant Professor in 2004, Associate Professor in 2007 and Professor in 2013 at the Gazi University. He got the Oral and Maxillofacial Surgeon title and Hand Surgeon title in 2013. Prof. Dr. Özmen has been working at American Hospital since 2013.