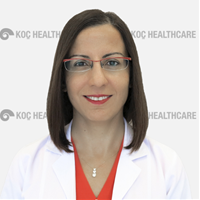 Prof. Dr. Zeynep Seda Uyan was graduated from Marmara University Faculty of Medicine in 1998. She educated in Pediatrics and then in Pediatric Pulmonology at the same university. She has been involved in a research project at Unit of Pediatric Respiratory Medicine at University of Padova between January and August 2008. She worked as the Head of the Division of Pediatric Pulmonology at Kocaeli University since 2010. She received the title of Associate Professor in 2010 and the title of Professor in 2016.