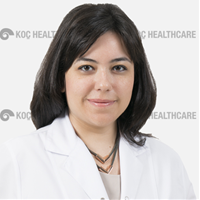 Hale Yapıcı Eser , M.D., P.H.D. was born in 1984 in İstanbul. After finishing high school in Ankara Atatürk Anatolian High School in 2002, she graduated from Hacettepe University Faculty of Medicine in 2008. She completed her residency training in Gazi University Faculty of Medicine Department of Psychiatry between 2008 and 2013. During her residency training, she has also conducted research on psychiatric genetics in Copenhagen University Institute of Biological Psychiatry in Denmark for 3 months and on psychotic disorders in Harvard University McLean Hospital, U.S.A. for 5 weeks. In addition to these, she gained her P.H.D. degree on neuroscience from Hacettepe University by completing the MD-PHD program between 2006 and 2013. After that, she worked as a psychiatry specialist at Çankırı State Hospital between July 2013 and September 2015 because of government mandatory service. She is currently working as a psychiatrist at Koç University Hospital and also as an instructor at Koç Üniversity School of Medicine since October 2015. Her main interests are mood disorders, schizophrenia and other psychotic disorders, anxiety disorders and cognitive behavioral therapy. She carries out research on the neurobiology and phenomenology of psychiatric disorders.