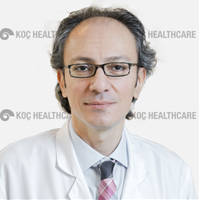 Associate Professor of Obstetrics and Gynecology

Özgur Öktem was born in 1971. He earned his MD degree from Erciyes University School of Medicine in 1996, and finished his residency training in 2001 at the department of obstetrics and gynecology, Marmara University School of Medicine. Later, he continued his academic carrier in the USA where he completed postdoctoral fellowship in reproductive endocrinology and infertility at the Center for Reproductive Medicine and Infertility of Weill Medical College of Cornell University in New York between 2003-2005. After completing his fellowship program, Dr. Oktem attended as a postdoc in the developmental and molecular cancer biology programs of the Memorial Sloan Kettering Cancer Center in New York between 2005-2008. He was awarded with the President’s Distinguished Prize by the American Society of Gynecologic Investigations (SGI) in 2008 and by the American Society of Reproductive Medicine in 2013, 2015 and 2016. His clinical and research areas of interest include but are not limited to infertility, assisted reproduction techniques, preservation of fertility in cancer patients (namely, oocyte/embryo freezing and ovarian tissue cryopreservation), endoscopic surgery (laparoscopy/hysteroscopy), premature menopause, polycystic ovarian syndrome.