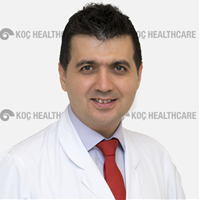 Assoc. Prof. Fatih Aslan was born in 1977 in Kütahya. He graduated from Uludağ University in 2001. Between 2002 and 2007, he went on with an expertise on Internal Medicine in Ondokuz Mayis University, and between 2007-2011, he completed Gastroenterology residency in Izmir Atatürk Training and Research Hospital. After expertise in Gastroenterology, he continued with educations in abroad, especially in Japan, on non-surgical advanced endoscopic treatments of early stage esophageal cancer, stomach cancer, and colorectal cancer, and on minimally invasive procedures in Achalasia like peroral endoscopic myotomy. He successfully achieved the practice of these procedures in our country for the first time, and conducted over 2000 operations. With the scientific results of the successful operations, he was awarded many times in both international and national conventions. Most recently, he was awarded first Place American Society for Gastrointestinal Endoscopy (ASGE) World Endoscopy with an endoscopic method that he developed. In April, 2016 he was awarded the title “associate professor”. As of June 2017, He has been working as the Director of Advance Endoscopy Director of Koç University Hospital.